FACULTY OF ARTS AND HUMANITIES

Dr Rupert Arrowsmith grew up in Kenya, The Seychelles, and Cornwall in the Southwest of England, and was largely home-schooled.  He is an alumnus of Christ Church college of the University of Oxford, and has held research positions at the London University School of Advanced Study, UCL, and at the Firestone Library at Princeton University. He is a peer reviewer for Oxford University Press and for Studies in the Novel.

Dr Arrowsmith currently lives in Myanmar, where his activities in Buddhist monasteries have been well documented in the international press, and divides his time between the West and Asia.  He is a Visiting Professor at the Bhau Daji Lad Museum in Mumbai, where he teaches Indian and Western Art History, and is a trustee of Myanmar’s Irrawaddy Literary Festival.

Dr Arrowsmith is interested in anything connected with the history of cultural exchange between different parts of the world, especially between Asia and Europe, and between Southern Asia and Eastern Asia.

His first book, Modernism and the Museum: Asian, African and Pacific Art and the London Avant Garde (OUP 2011), demonstrates that many of the core ideas we associate with the beginnings of Modernist art and literature in the West were actually inspired by items of visual art from other parts of the world that were available to such key figures as Ezra Pound, Jacob Epstein and TE Hulme via London’s museums.

Dr Arrowsmith’s most recent book is a first edition of The Face of the Buddha by the English poet and literary critic William Empson.  Lost for sixty years, this idiosyncratic discussion of international Buddhist art is the only book of Empson’s never previously to have been published.  Dr Arrowsmith’s substantial introduction to the text and extensive notes make this important work accessible to fans of Empson and to those interested in Asian art alike.  It will be published in June 2016 by OUP with a preface by Partha Mitter and more than a hundred illustrations.

Dr Arrowsmith was invited to Bhutan in 2015 to read his poem about the history of Buddhism, 'The Way to Bhutan', at the opening of the 2016 Mountain Echoes Literary Festival in Thimphu.  The poem was subsequently published in the world literature magazine Wasafiri, and has been widely praised (see Publications). 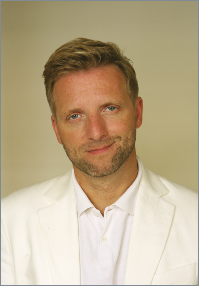